The Crimson Mormon (also known as the Scarlet Mormon) is from the Papiliondae family. It is common in areas where citrus is grown. The larval foodplant is commonly citrus and other species of rutaceae. In their early stages the larvae resemble bird droppings. 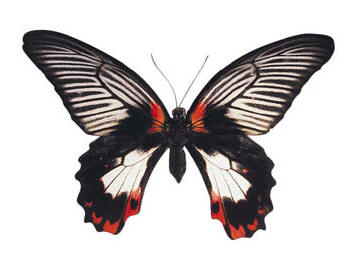